I am Anna and I am a ballerina in Prague. I have been studying dance since I was two years old. I can remember playing dress up i my mother’s tutu’s as she was a ballerina too and her mother before her. My mother would affix her tutu to my little body and turn the phonograph on with classical dance music. At first, we moved together through the music and danced as one. 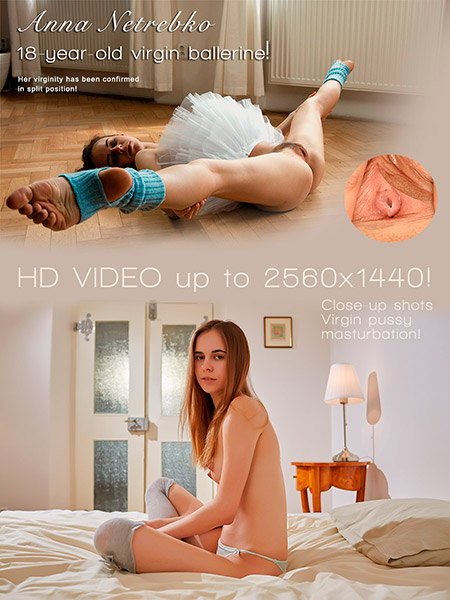 As I got older, she began to teach me barre exercises and we practiced them over and over until they were perfect. When I was five, she began to teach me the steps of famous ballet pieces she had performed and by the time I was seven, my bones and my muscles became strong enough so that I could dance en pointe. I then began to have formal teachers and my father worked extra jobs and my mother took in laundry to clean for the rich people in town to afford my lessons.

I ate, breathed and slept ballet. No opportunity was left unturned and my parent’s sacrifice was all for me to become a prima ballerina with the conservatory. At 11, I left my family home and entered formal study. Since then, my life has been hard study, both in academics as well as dance. I had no time for friends or boy friends or the fun things I have read about that other teens so freely do. I had just returned back to Prague from celebrating my 18th birthday with my parents. It was good to see them again and I miss my mother and our times dancing together. My life is all about perfecting my craft now and as serious I must be about my craft, I have allowed myself one indulgence and that is to secretly attend a gymnastics class with some of my classmates.

When we entered the gymnasium last month, the conductress was excited and gathered all us girls around. She first dismissed everyone who was not 18. When the room had cleared, there were just a few of us left. Then she had us all stand in a line and asked us to remove all extra clothing. We were all puzzled and spoke in hushed whispers as to what was going to be done with us. Were we too old? Not fit enough? Had it been found out that we were ballerinas from the conservatory and would be dismissed from our one indulgence?

The conductress continued her eliminations until there were just a few of us left. She then gathered us around and explained that a very famous Russian photographer was coming to film us going our routines and practice. She said it would be very good money, but we would be nude. I blushed at the thought of a strange man seeing me naked as well as performing naked with my classmates. This was something new and strange to me as I had never seen anyone naked before and no one save my mother when I was a little child had seen me naked. We had to make our choice to participate immediately and some girls declined, but the money was so tempting. It was significant for my station and would make for a good savings for me and no one would know of my shame and what I did for money.

The studio was closed to the public that day and the few of us willing to do this arrived together, huddled more for protection than to keep the chill out of the cold studio. We were given thin robes and sent to stations where men and women would do our hair and makeup. At one point, they had each of us remove our robes and our skin was thoroughly checked for blemishes or marks and if something would show on camera, then it would be covered up with makeup. It was the first time my body had been scrutinized by a male and my breasts grew taught from the cold or from his featherlike touch, I did not know.

Finished with our hair and makeup, we entered the room and were instructed to begin with some warm-ups. There were special lights and cameras all around the studio and a man was down on his haunches in the corner of the room adjusting the lens on a camera as we all began to stretch. As I bent over to loosen my leg muscles, I felt a cold draft of air blow across my pussy and the sensation startled me and excited me.

I continued to work and when I turned around, the photographer had stood and was approaching us. I was rooted to the spot. I had never seen such a creature before. He was tall, but not imposing. He was strong and fit, but not intimidating. But it was the way he moved that had me entranced. His movements were sure and practiced and it was with a certain leonine grace that he moved through the studio, like a lion sure of his place in the pride and like a hunter sure of his prey.

The camera he held had to be heavy, but he hoisted it as if it weighed nothing. And his hands, fluid in their movement, his fingers long and graceful as if he were playing a Stradivarius as he positioned his camera and moved another girl into position.

He approached me and gently stroked my hair behind my ear and spoke to me. His voice was as fluid as his movements, etched with concern and care and smooth as the finest cognac; warm and assuring. I blushed at what he was saying to me though neither of us spoke the language of the others. But it was his eyes that spoke to me, brown and warm like melted chocolate with flames of gold dancing around the black of his iris.

I blushed again for what reason, I did not know, but as I began my routine, he followed me. His eyes would often connect with mine and as we continued, the camera disappeared and it was just the two of us moving through space and time and I lost all inhibition.

I did a split, then rolled my body onto my back, keeping my legs wide open. My trimmed pussy hair was glistening and as the cool air blew across my wet lips, a bolt of electricity blew through me, tightening my nipples. I heard him gasp and his eyes burned with a look I had not seen before. His eyes tantalized me and I felt heat rush from my blushing face straight to my drenched pussy. This I did not understand, I was confused and ashamed, though I knew not why.

Soon, the exercise was over and the photographer began to pack up his equipment. The other girls returned to get dressed, but I stayed in the corner watching him, the thin robe I wore barely covering my heated body.

He motioned for my conductress, who was able to translate what he was saying to me. He wanted to confirm that I was a virgin and I assured him that I was, but my word was not enough. He had me spread my legs and then he spread my pussy lips wide. His touch was hot and burning, yet gentle and welcome. My conductress explained that he wanted to do a private session with me and that I would be paid an obscene amount of money. To be honest, the money would secure my future outside of the conservatory, but it was my curiosity of the man that led me to say yes.

The next day, I returned to the studio and more lights and cameras were set up and after my hair and makeup had been done, I put on my leg warmers and a dance skirt, but the rest of me was naked. The photographer approached me, almost hesitantly, and as he gently placed a wayward curl behind my ear I heard him whisper that I was beautiful, so beautiful in English and that I understood. He motioned for me to dance but first I needed to warm up. Somehow he communicated to me that he wanted to see my pussy and and I became emboldened by his fascination with it. His movements were different that day interrupted by his having to adjust his trousers. Curious, I looked upon him and saw movement in his pants and I was curious as to what was there. He caught me looking at him and he blushed a bright scarlet red, but the look in his eyes drew me into him.

He motioned that he wanted me to stroke my pussy by taking my hand and rubbing my fingers across my wet curls, but I recoiled in horror! My eyes grew wide and fearful and I began to sob. He did my best to comfort me and pulled me into his lap and it was then I knew what it was in his pants, it was his arousal for me. I scampered away from him and flew to the window to get the air I desperately needed to breathe and as I threw open the windows I did not care that I was naked or that it was cold, the emotions warring inside of me burning me to the core.

This is what my mother had spent years warning me about; the evils of sex and the dirty minds of men who thought only with their penis. I needed to leave, to escape this certain death and to clear my mind, though what my body was feeling about these sensations and this man was in direct conflict with what I had been taught. I knew he wanted me to bring myself to an orgasm for him and for his camera, but did he not understand that an orgasm would be a certain death for me because I was a virgin and because I had been taught of the evils of men and their selfish desires that would ruin me?

As I ran from the room, desperately trying to escape these uncertain feelings, I looked back. I shouldn’t have looked back, but I did. I saw the hurt and sadness in his eyes from my reaction to him and felt compelled to go to him and my desire to comfort him and ease his sadness was greater than my fear of certain death. I ran my finger from his furrowed brow to his firm red lips and I gave him a kiss on the corner of his mouth. I pulled back away from him and took one last look at his eyes as he let me go.

I barely took the time to get completely dressed as I flew from the building and threw myself into the first doorway I could find, my heart beating fast against my chest as the tears began to fall. Had my fears cost me greatly? What horrible things he must think of me, spoiled and immature? I found out the following week when I received my pay as promised and a kind note from him, written in my native language. I spent a week thinking of his proposition and in a short time, you will be able to view my response. But for now, you can watch my private video at defloration.com and the results of our group shooting at www.defloration.com Watch my video now!